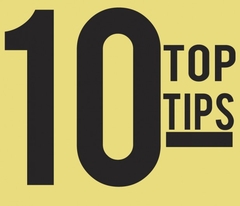 Things we don't expect happen to our vehicles. And let's face, no one really wants to spend money on an unexpected repair. But if you are putting off going to your vehicle repair facility because you're dreading bad news, you might just be putting off some good news.

There was one minivan driver who'd had the same van for years and never had a problem with the power sliding doors.  Then one day, the electrical switches in the door pillars stopped working.  The key fob would still open them, but the door switches wouldn't do a thing.

Of course, the van driver feared the worst: an electrical problem, a major computer failure, mice chewing up the wires.  So, he put off going into the repair facility for a couple of months.  One day, it was time for his regular oil change and the service advisor asked him if there was anything else going on with the van.  The owner mentioned the door problem but said he didn't want to spend a fortune on it.

He waited for his van, and it wasn't long before the service advisor came out with good news. The doors weren't working because a switch on the overhead console had been turned off.  (It was a safety feature to allow parents to disable them.) The owner had accidentally switched it when he was unloading the van.  It was the first thing the technician had checked. Flip the switch back and all was working as usual.

Another example? A mother was driving a minivan with her two kids inside on a hot day when she felt the front end shaking violently as she drove down the road. Fearing something major had broken in the van (and fearing for the safety of her kids), she pulled into a fast-food restaurant parking lot and started to look underneath to see if it was anything obvious she could see.

She couldn't see any broken parts, but she also didn't feel safe getting back in the van with her kids.  So, she called her local service facility and asked if they could send someone to look at it.  When the technician arrived, he took it for a test drive on the same road on which she'd described having the trouble.  Then he put her van up on the lift.  His conclusion?  Nothing was wrong with her van.  It was the street she was driving on.  Crews repairing it had left the surface full of potholes, and that was causing her rough ride.

Ultimately, what these two drivers feared would be an expensive trip to the shop resulted in each driver getting different news than they had expected.  One learned something new about his vehicle.  The other?  Well, the technician saw that her tires were badly worn and convinced her to get them replaced, perhaps preventing an accident and giving peace of mind for a mom with two kids.